(103-1) y (103-2) At GeoPark we are financially disciplined and have a solid, conservative capital structure to continue accessing various sources of financing. We have efficient and responsible strategic plans to grow that are based on the most solid scientific, technical and economic foundations, guaranteeing transparency with our stakeholders.

(103-3) The most important data and information regarding our financial indicators, income, operating costs, reserves and production, demonstrating the ability of our Company to give back to its different stakeholders, is presented below.

Bond issue maturing in 2027 used to finance the purchase of Amerisur at 5.5%, the lowest rate awarded in Latin America to a B rated company.

Oil and gas reserves and production levels are influenced by drilling results, and hydrocarbons prices. Our commitment to growth means that we constantly increase production, which climbed from 40.0 mboepd in 2019 to 40.2 mboepd in 2020.

Our production and average oil and gas sales prices in the 2018-2020 period is shown in the following table.

Production* and costs by country

Our independent evaluation of oil and gas reserves was certified by DeGolyer and MacNaughton (D&M) according to PRMS1 (Petroleum Resources Management System) methodology at December 31, 2020 and covers 100% of our assets in Colombia, Chile, Argentina and Brazil.

1 This methodology is different to the use of U.S. Securities and Exchange Commission (SEC) criteria.

Our proven reserves (1P), proven and probable reserves (2P) and proven, probable and possible reserves (3P) as of December 31, 2020, based on the independent evaluation of D&M, are shown in the following table.

In this context, GeoPark revenue from oil and gas sales decreased compared to 2019.

Revenue from net oil sales made up 92% of GeoPark’s total revenue in financial year 2020.

GeoPark revenues by country, and the contribution of oil

Revenue from net oil sales made up 92% of GeoPark’s total revenue in financial year 2020.

GeoPark revenues by country, and the contribution of oil

Our production and operating costs are mainly those associated with oil and gas production.

Consolidated production and operating costs
(for the year ending December 31)

Our consolidated production and operating costs decreased 26%, from $169 million in 2019 to $125.1 million in 2020, mainly due to lower royalties and lower maintenance costs for wells and facilities. These results also reflect the impact that the Covid-19 pandemic had on our operations in the countries we operate in.

Production and operating costs in Chile decreased 48% to $10.2 million, due to lower maintenance expenses for the gas plant and fewer well intervention activities, with a consequent reduction in personnel. Operating costs per boe decreased from $17.7 in 2019 to $8.2 in 2020.

In Brazil, production and operating costs decreased 35% to $3.9 million in 2020, mainly because of lower royalties resulting from lower oil prices, and lower costs at the gas plant. Operating costs per boe however increased from $5.6 in 2019 to $5.8 in 2020.

Finally, production and operating costs in Argentina decreased 29% to $18.6 million in 2020 from $26.3 million in 2019. This decrease was mainly due to lower personnel costs and lower operating and maintenance costs of facilities due to the reduction in activities because of the pandemic and the renegotiation of contracts. Operating costs per boe fell to $19.8 in 2020 from $26.7 in 2019.

We strictly ensure the correct payment of taxes and royalties in the countries we operate in, according to their respective regulations. We contribute to social benefit programs that governments lead with resources from taxes and royalties from the oil industry. 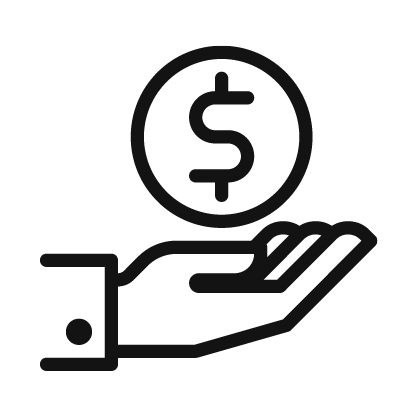 The calculation of our income tax expense implies the interpretation of applicable tax laws and regulations in many jurisdictions.

GeoPark calculates $47.9 million income tax expenses for the year 2020. However, unlike previous years, through Decrees 766 and 688 issued in 2020 the Government of Colombia authorized taxpayers to (i) reduce the amount of income tax advances and (ii) establish agreements to defer income tax payments. These support measures in the context of the economic, social and ecological emergency related to the pandemic allowed the deferral of income tax from 2020 and 2021. In 2020, GeoPark paid of $25.2 million.

In Colombia, royalties on production are paid to the Colombian Government and are determined in accordance with the provisions of Law 756 of 2002 for each of the fields. Using a daily production scale, for production lower than 5 mbpd the royalty percentage is 6% for heavy crudes and 8% for light crudes. Colombia’s National Hydrocarbons Agency (ANH) also has an additional economic right equivalent to a percentage of production, and other economic rights in accordance with the provisions of each exploration and production contract.

In Brazil, the National Petroleum, Natural Gas and Biofuels Agency (ANP) is responsible for determining the monthly minimum prices for hydrocarbons produced in concessions. Amounts are generally within a percentage range of 5%-10% applied to the reference prices of oil or natural gas, as established in the corresponding bidding rules and the concession agreement. To determine the percentage of royalties applicable to a concession the ANP considers, among other factors, the geological risks involved and expected production levels. In the Manati block, royalties are 7.5% of gas production.

Our oil and gas production in Argentina accumulates royalties that are paid to the province of Neuquen, equivalent to 15% of the estimated value of these products. This value is the final sales price minus the costs of transportation, storage, treatment and, in the case of oil, adjustment by API* gravity.

Previous
Corporate Governance
Next
We manage our assets
Menu